I am so glad to have an opportunity to photograph Aimee again.  I love the way she looks and she is always willing to try some of the crazy things.  For this photo shoot I wanted to challenge myself by using colored gels and the beauty dish.  When trying to do a fashion shoot in downtown LA, you have to consider location, weather conditions and the environment... When we photograph our models we make sure that everyone is aware of their surroundings and respectful of the people around them.  We make sure that our equipment doesn't block the sidewalks and that we can move fast.

In the photo on the above, Suzanne took as a test shot, but I thought it turned out great.  The day was over cast with diffused light. I really wanted to try filters on this shot to give it a nice "club like" feel to the photos.  When I did some research on these types of photos, I noticed that the pictures were done in clubs but there was a lot background noise, I thought this cleaned it up a bit. 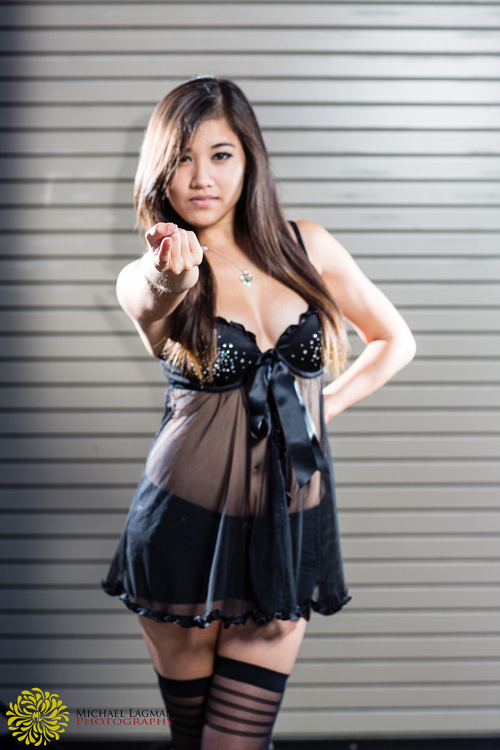 Three light set up using two flashes and our Einstein as a fill.

With this photo, I wanted to use a 3 light setup I used our Canon 600RT with Pocket Wizards TT1/TT5 and Einstein as a fill.  I really like how these photos turned out because of the edge lighting.

Looking back on this photo, I really like how it looks like it was done in a studio not outside using a roll up door as the backdrop.

Below, the flash was pointed back at the camera to add not only the rim light, but also giving us a little flare to the photo.  I really like this one because of how this one looks.  The red dot on her left I left in as a distraction or interest point. 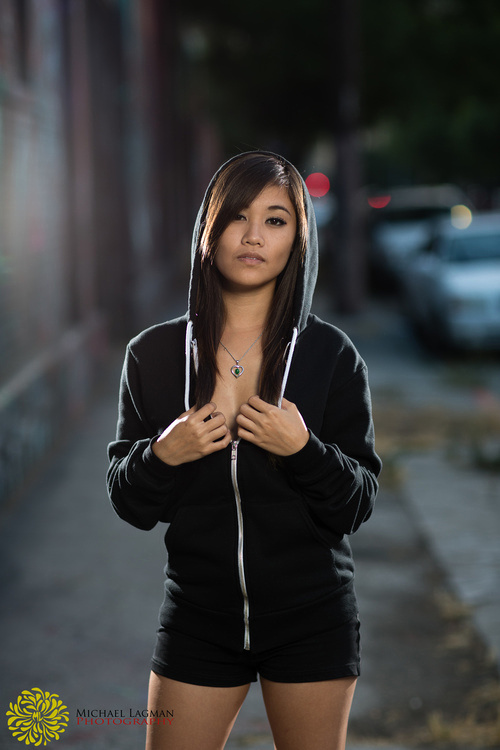 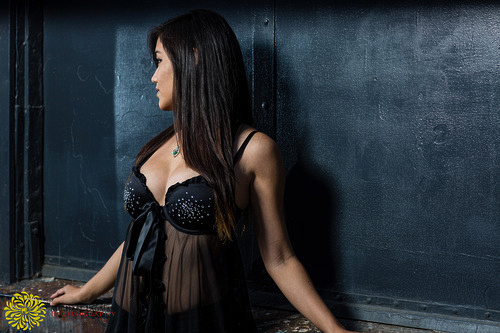 I usually don't like shadows in my pictures, but I do like to experiment with lighting.  So this was a two light set up with the Einstein using as a fill and the flash on the Aimee's right to manipulate the shadow.  I though this created an interesting photo

So that's it for now, if you have any questions or would like to work with me, drop a note.